Let your you out.

LET YOUR YOU OUT is an award-winning global social and digital platform we created for ’47 Brand for NFL and MLB that emphasizes our consumers true sense of style and encourages them to celebrate individuality, independence and authenticity. See work below.

The LET YOUR YOU OUT brand platform is about the style you already have within yourself. ’47 Brand encourages you to be yourself and show your style. Watch the anthem video here and or scroll to see more of the campaign. 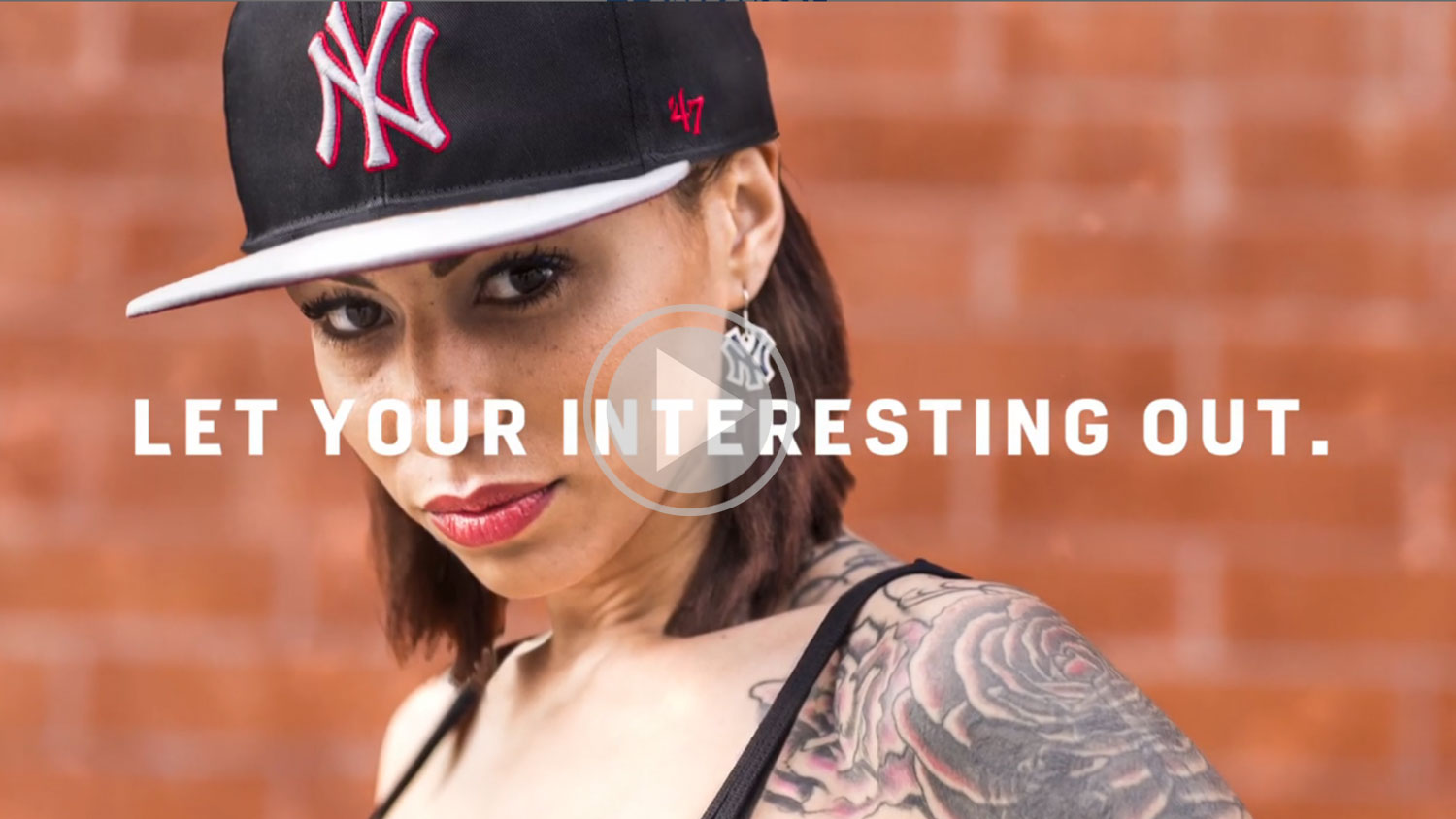 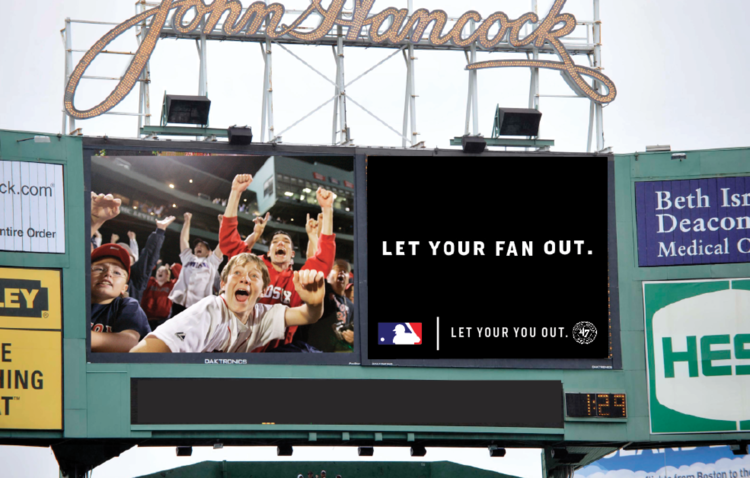 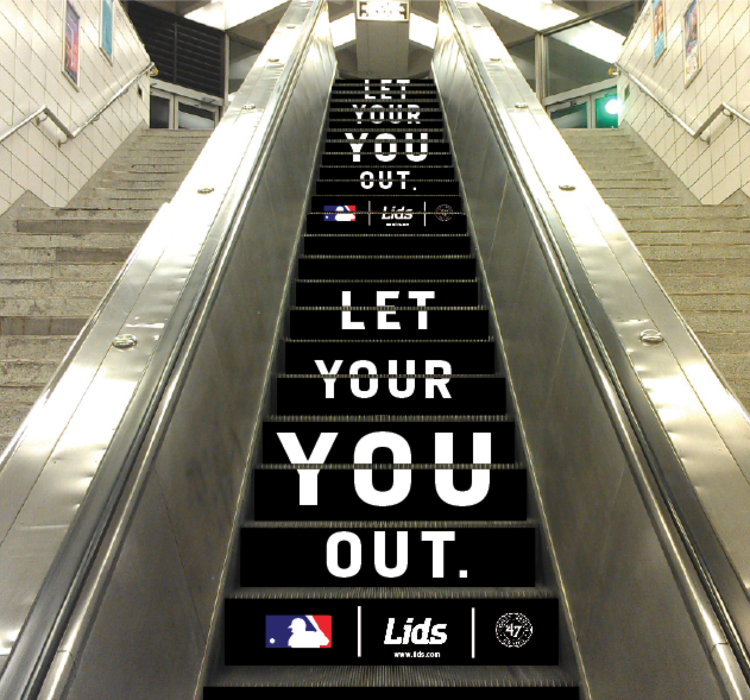 Wild Postings and untraditional placements are leveraged at music festivals like Coachella & SXSW as well as ballparks in NY, SF, LA and Boston. 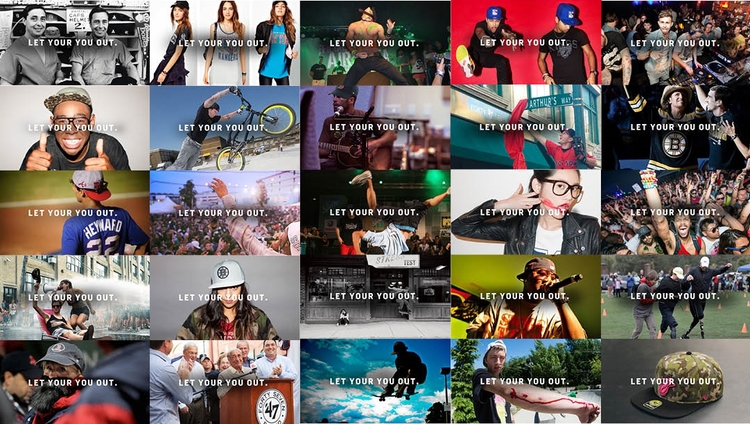 We launched a Tumblr content destination including a custom image uploader allowing consumers to create customized LET YOUR YOU OUT content. 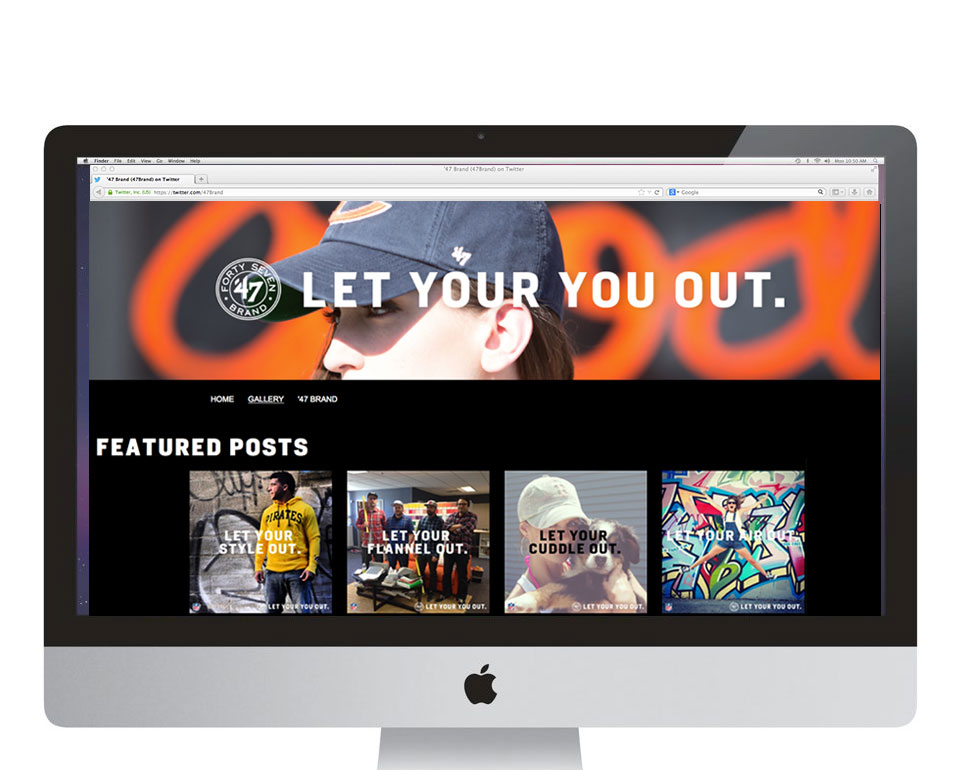 LET YOUR YOU OUT is all about individual expression and point of view, social media has been a large component of our campaigns. Since our campaign has launched social audiences continue to grow quickly - Instagram 66%, Twitter 47% and FB 25%. 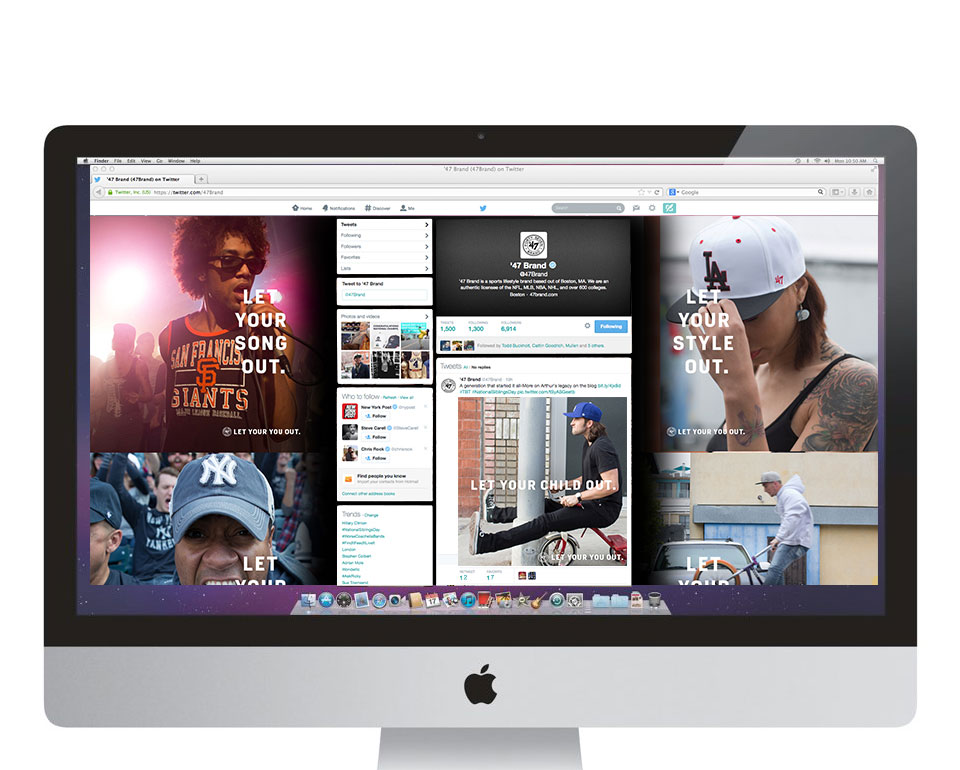 On Instagram LET YOUR YOU OUT is a call to action that encourages participation. 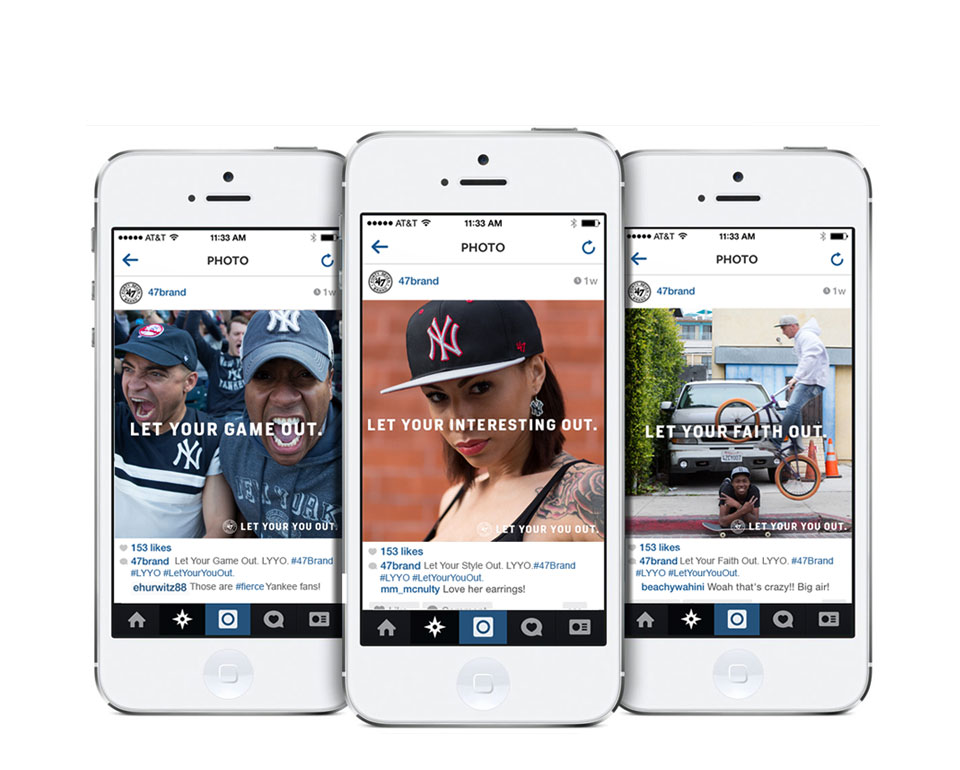 Fans on Instagram have been sharing how they let their style out with the world. 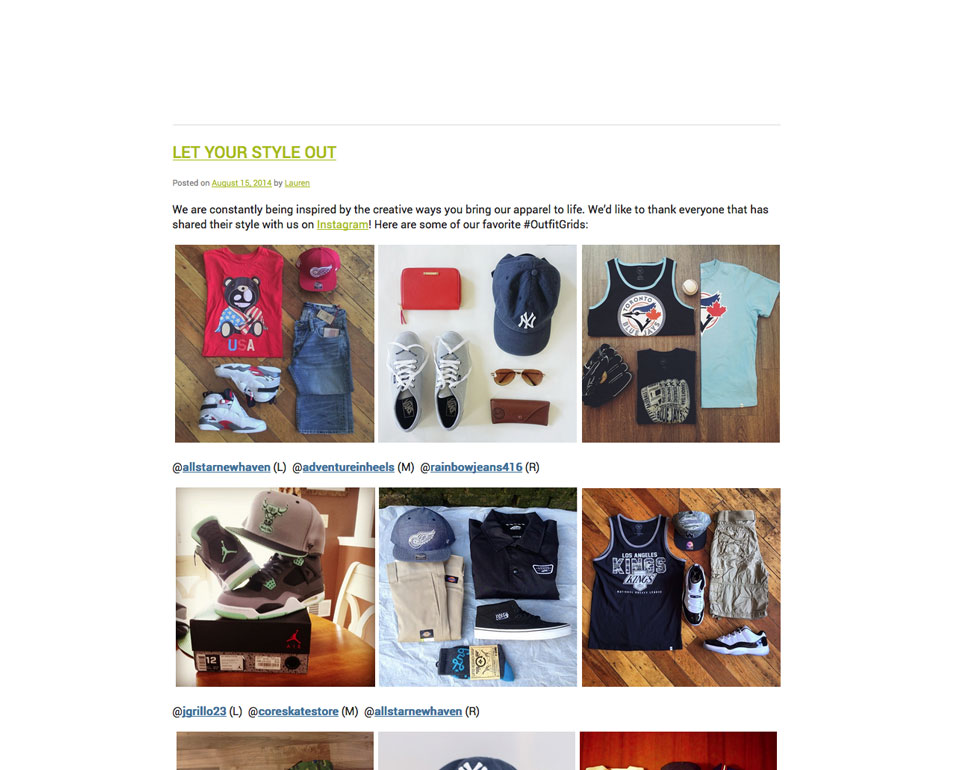 Additional social content is continuously created based around our campaigns. Here's a gif example

Additional social content is continuously created based around our campaigns. Here's a gif example

Additional social content is continuously created based around our campaigns. Here's a video example. 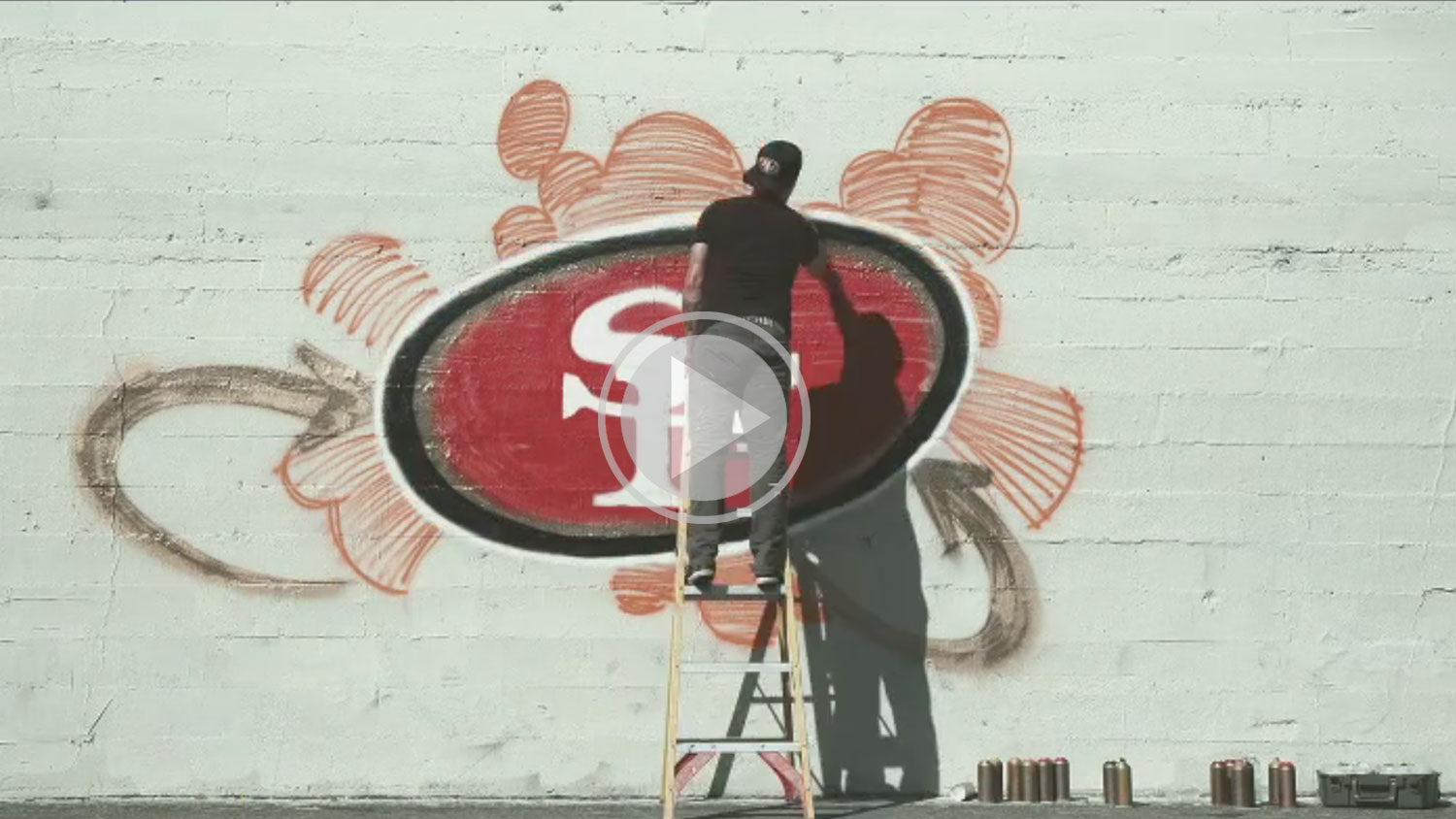 We created retail takeovers for both MLB & NFL campaigns launching in Lids stores across the country in over 2000 independent retailers. 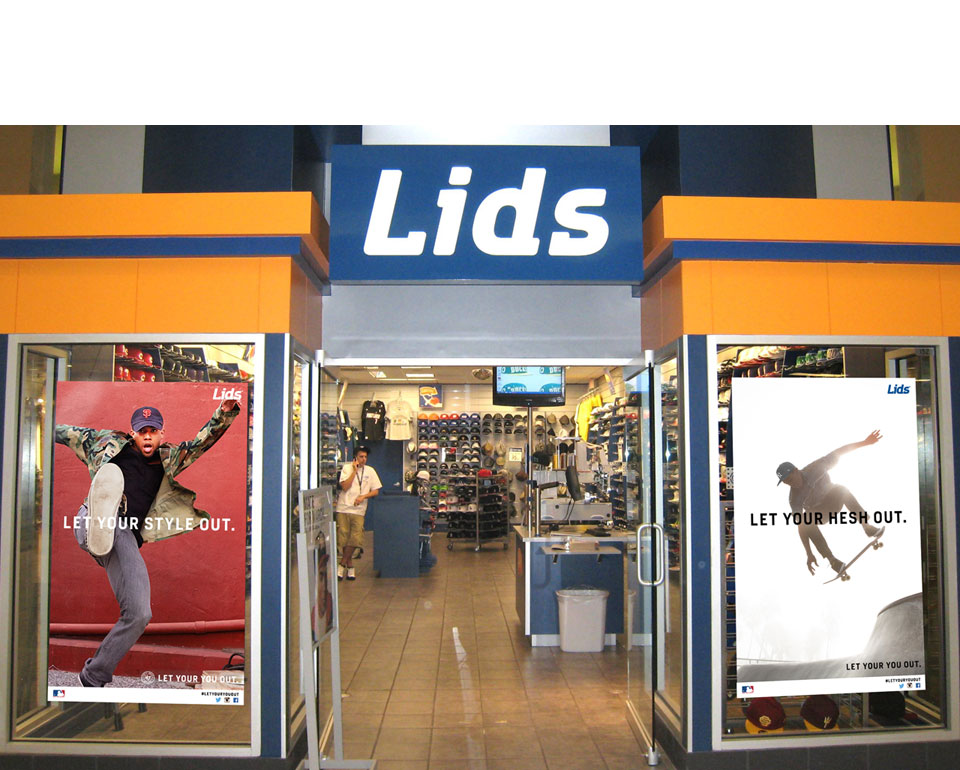 We were tasked to develop an integrated, global lifestyle campaign for ’47 Brand to communicate diversity and relevancy across a wide variety of consumer segments and activate across Major League Baseball and the National Football League.

We created and launched LET YOUR YOU OUT (LYYO) with the 2014 MLB season and evolved the campaign idea alongside NFL’s kick off.

The campaigns included highly targeted digital, mobile and tablet media placements with Complex, Bleacher Report, VEVO, Facebook, Twitter & Tumblr. LYYO was activated nationwide in Lids stores and other key accounts, locally at the ’47 Brand flagship store, and across stadiums, ballparks, and music festivals throughout the Spring, Summer & Fall. Pre-roll & long-form anthem videos are the true embodiment of the campaigns.

With limited media dollars, the LYYO campaign’s generated over 170MM impressions and over 1M brand interactions.

Engagement was strongest in social channels with a .62% engagement rate. Video and mobile extensions proved to drive strong response with CTR’s 6x greater than industry standard. As a result our anthem videos were a key driver in generating brand awareness.

With the introduction of Tumblr, ’47 Brand saw an engagement rate greater than 7%. Since launching LYYO, social media communities have continued to grow -- Instagram 66%, Twitter 47% and Facebook 25%.