“What if we could talk to the kids about helmets instead of the parents?” “What if we could in effect make safety cool?” The idea was to get kids to take the ads to the parents asking them to buy them a Boeri helmet. And it worked. The “It’s your head” campaign showed fun and simple arresting visuals and asked the viewer to consider the fact that is indeed their head that is at stake.

Here are several examples of the campaign. 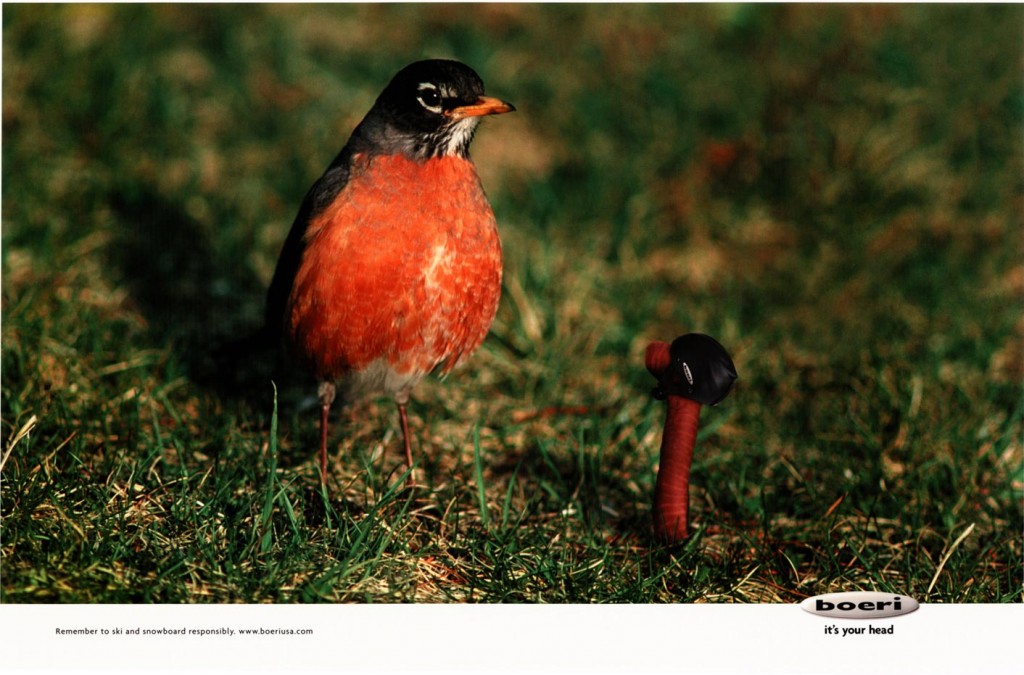 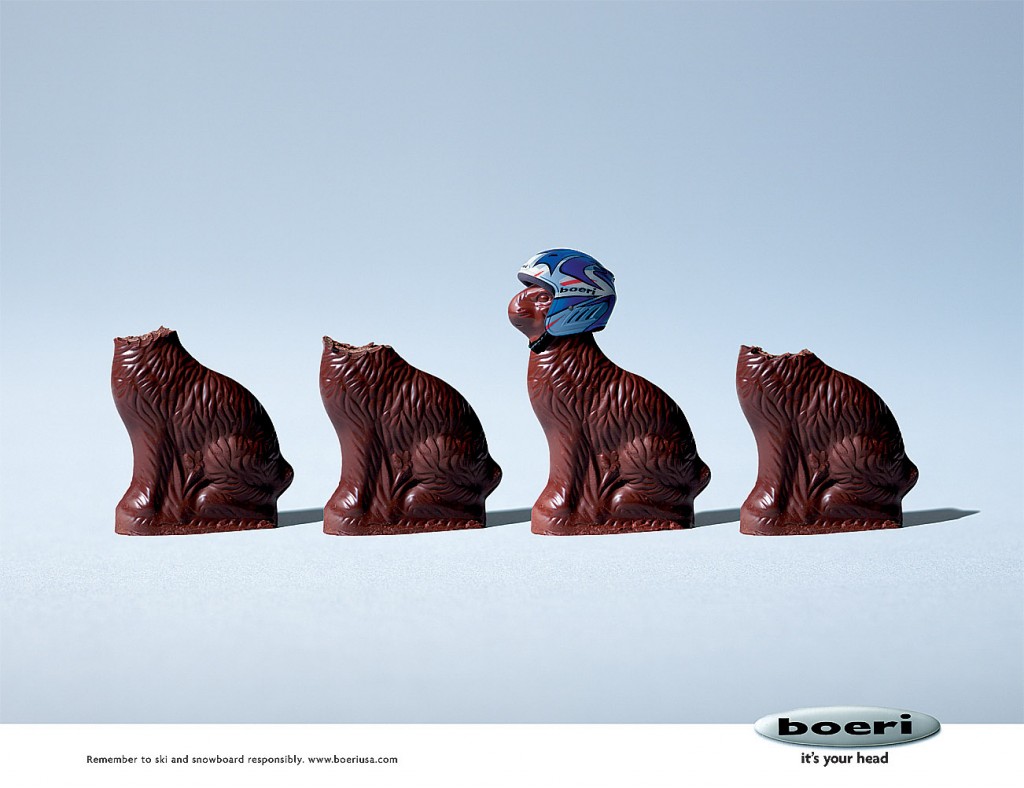 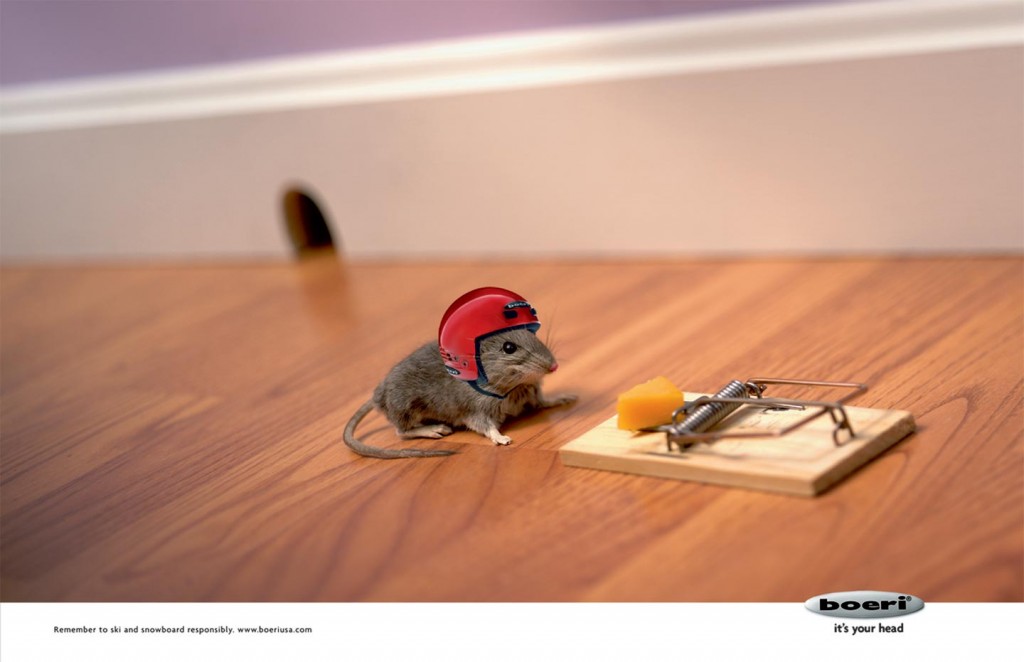 For years snowboard helmet advertising was plagued with a wall paper of sameness. Shot after shot of big air and big tricks appeared in advertising–making it all feel exactly the same. It also used fear and scare tactics to get parents to think of their kids safety and the quality of a helmet when making a purchase.

The "It's your head" campaign changed the way the industry looked at marketing helmets and accessories and became an instant hit with kids and retailers.

With extremely limited marketing dollars the Boeri campaign was a remarkable success with an almost immediate sales spike. It proves that if you have the right idea, you don’t need alot of money for it to be very effective. In fact the images were so fun, popular and desirable that kids were putting them up in their lockers. And retailers were taking them out of magazines and using the campaign as point of purchase materials.